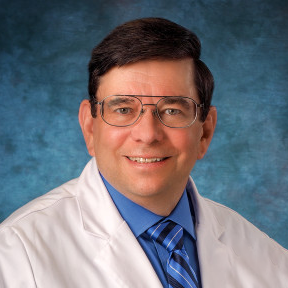 Dr. Michael Valpiani is an anesthesiologist practicing in Las Vegas, NV. Dr. Valpiani ensures the safety of patients who are about to undergo surgery. Anestesiologists specialize in general anesthesia, which will (put the patient to sleep), sedation, which will calm the patient or make him or her unaware of the situation, and regional anesthesia, which just numbs a specific part of the body. As an anesthesiologist, Dr. Valpiani also help manage pain after an operation.

Interested in learning even at an early age thanks to his mother’s influence, Dr. Valpiani worked to pay his way through a private high school and through his entire educational experience. He developed an interest in the physical sciences while in high school. After 2 years in the US Army (1970-72) as a computer repairman on a nuclear weapons missile system, he returned to college at the University of Alabama, Huntsville – the home of Marshall Space Flight Center, the engineering heart of NASA, and the US Army Missile Command – where he graduated with High Honors in Physics.

While at the University of Alabama, he was the recipient of several scholarships, including one from the US Naval Nuclear Power Program. After graduation, he obtained a commission in the Navy, earning several honors including Highest Academic Achievement Award and Seamanship Award while at Naval Officer Candidate School.

Due to a minor hearing loss, Dr. Valpiani became ineligible for the nuclear power program and returned to academia to obtain a master’s degree in Mathematics from Oregon State University. He then went to work for McDonnell Douglas Space Division and worked in mathematical decision making in Ballistic Missile Defense Systems. During the four years he was with McDonnell Douglas, he made several improvements and corrected a critical error within the ballistic missile target tracking program.

During this same period, he became interested in medicine and completed a Bachelor of Science degree in Biology at the University of California, Irvine. Though he quickly reached the level of Senior Engineer with the option to lead his own project, his interest in medicine prevailed. He completed his medical degree at Baylor College of Medicine in Houston, Texas, where he earned several awards and graduated with honors. He then underwent a residency in anesthesiology at the University of California, Los Angeles.

Subsequent to his education, the doctor attained board certification in anesthesiology through the American Board of Anesthesiology (ABA). As the certifying body for anesthesiologists since 1938, the ABA is committed to partnering with physicians to advance lifelong learning and exceptional patient care. Its mission is to advance the highest standards of the practice of anesthesiology.

In 2007, Dr. Valpiani started studying pain medicine and in 2009, he passed the American Board of Pain Management credentialing examination and began practicing pain management.

Afterwards, he accepted a position in Las Vegas, Nevada, marking the start of a 30-year career in the clinical practice of medicine. During medical school, he had joined the US Army Reserves Medical Corps, and, soon after arriving in Las Vegas, he was called to active duty for Desert Storm and Desert Shield. He served his country at Fitzsimons Army Tertiary Medical Center awaiting casualties that, fortunately, never came.

Among his other endeavors, Dr. Valpiani is the Chief Medical Officer of the National Wellness Center, Medical Director of Vita Facelift, Co-Principal Investigator for Akan Bioscience, Charter Board Member / Chief Physician Advisor of Age Bio-Med, and Medical Consultant for Ageless Biotech.

Like all physicians, Dr. Valpiani has witnessed the suffering of many patients and loved ones due to aging and age-related diseases. Until recently, there have been few treatments that significantly slow the advancement of such diseases. However, the newest frontiers in medicine and pain management have shown great promise in uncovering cures to conditions that previously could only be treated.

Thus, regenerative medicine technologies such as stem cells, stem cell generated exosomes, and amniotic tissue, hold a personal and professional interest for Dr. Valpiani, who began studying their potential years ago. In addition to successfully applying these technologies for his patients’ benefit, he is also committed to advancing the state-of-the-art by participating in several FDA approved clinical trials called Investigational New Drug Studies (INDs).

BOARD CERTIFICATIONS
American Board of Anesthesiology（ABA）
AWARDS

The American Academy of Pain Medicine

Diplomat of The American Board of Pain Management

The American Academy Of Anti-Aging

The American Academy Of Regenerative Medicine